On February 27, 2017, thirty Alamance NAACP members and supporters joined Moral Movement supporters in Greensboro, to visit Congressman Mark Walker’s district office and present him with a letter of demands and a request for a public Town Hall by the end of March.

The Alamance NAACP and our partners, inspired to renewed action by our recent Moral March on Raleigh, traveled together to Greensboro to remind Rep. Walker that he cannot hide from the responsibilities he has to every constituent in North Carolina’s 6th congressional district. If he can go to Washington, DC and vote to deprive the people of his district of the chance to see a doctor; of the chance to escape conditions of poverty and conflict; of voter protections their fore parents died for; of the right to worship without the fear of being targeted and terrorized; of a civil society free of baseless propaganda designed to undermine our democratic institutions; or of the chance to earn the wages that would give their families a decent life, then he can come home and explain these votes to his critics and supporters alike. We traveled to Greensboro to let him know we are going to hold him accountable. 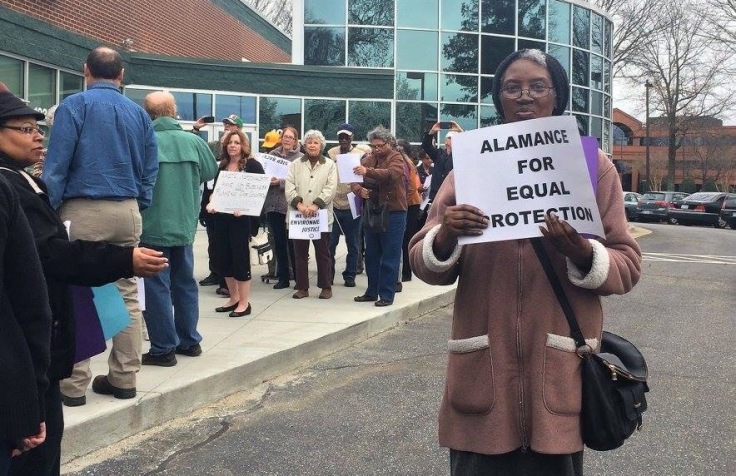 The visit was one of 15 simultaneous news conferences and letter deliveries held at every US Senator and Congressperson’s office in North Carolina. Our letter included six key demands: